DT 500 MAG: – Do you recall any erogenous experiences that made you discover your talents, while you were growing up?

BARON: – Believe me or not, but I was a very religious child! Even though my family is far from orthodox, anyway, I had a firm belief in God, until I was around 15 years old. Then I became a punk-rocker, a gay-punk-rocker, well actually a very glam-gay-punk-rocker, who loved disco as well! Alas, I never fitted in. I guess I always had a vision and hope for a better and different world. At least a better-looking world!

BARON: – I definitely believe that all beautiful types of art have to be political, in a sense. I never considered my design and collections as being” fashion” or” trend,” but as statements. Every garment that I’ve designed, every show that I’ve presented has a background story. I’m entirely uninterested in clothes as fashion items, and I never tried or wanted to be” trendy.” I love the stories that people tell, with their looks and appearances. I’ve always tried to tell stories on the catwalk, with my models and design.

DT 500 MAG: – Your very brand BARON VON BULLDOG had a sarcastic collection named PROPAGANDA where the aesthetics were Nazi-inspired uniforms with an anti-racist message. What do you think about that idea today?

BARON: – I think it’s more relevant today than it was when I launched the collection 15 years ago. I guess the whole issue, with racism in our society, is a growing problem that unfortunately never will be solved. The idea behind” Propaganda” was: do not believe everything you see! The uniform or a symbol (the swastika, for example) isn’t necessarily dangerous in itself. It’s the ideology behind that’s dangerous. So I replaced the swastika with my own BvB logo and designed a collection, that looked similar to Nazi uniforms. In fact, it wasn’t Nazi uniforms. The cut and details were more like boy scouts uniforms, and I used old Scandinavian costumes as an inspiration. All my models were anti-fascist activists, and immigrants, but still people only saw the Nazi resemblance. That was an exciting experience, although I probably was the most hated person in Norway, for a couple of weeks. And I lost my sponsors. But it was worth it!

“Whether we are aware of it, or not, and whether we like it, or not, we all make statements, every day, when we get dressed. THAT is everyday styling. “

BARON: – Styling is telling the world what and who you are. I’m more interested in” amateur street styling,” compared to” professional editorial styling,” because the styling that we see in fashion magazines, is way too commercialized and predictable. The catwalk can be an excellent arena for fashion combined with art. That’s why I love “haute couture,” and that’s why I’m so interested in watching the work of young and new designers. There’s a lot of talent out there. I see many new designers graduate every year, and some of them have really great ideas. The only problem is that they show one collection, and then they all disappear. I don’t know where they end up? It’s challenging to start a career and survive as a designer in Norway, so I suppose that many give up, and some end up behind the desk at H&M. That’s a terrible waste of both time and talent.

BARON: -My friends and my family are significant to me. I know a lot of people, but I only have a few very close friends. And that’s fine. I’m also very much a solitary person, and I don’t mind my own company. I prefer being alone, primarily when I work. I often isolate myself when I’m in a creative process because I don’t want to be disturbed. My friends know that I don’t always pick up the phone when I’m busy. It’s not rude, I just need time for myself. I think it’s essential to be your own friend because, at the end of the day, we’re all left to our own devices.

BARON: – I don’t believe that creativity is something that suddenly strikes you like lightning from above. And I don’t think that you can sit down and wait for creativity to happen. Maybe, creativity is a gift, I don’t know? Either you have it, or you don’t. But, being creative is very much a matter of self-discipline. Some days I feel more” inspired” than others, but I still get up and go to work. Even when I feel like shit! I actually sat down once and calculated on this; How much of my working time is actually” creative” and how much is just ordinary work? I figured out that approximately 15-20 % of my work hours are dedicated to so-called creative tasks. The rest of the time, is only dull work, like solving everyday problems, doing routine work, and so on. I think that most people would be very surprised if they saw how” boring” everyday life is when you’re a designer.

DT 500 MAG: – You were prominent on the scene back in the 90’s here in O-town, Kjell, do you feel like Oslo has become sticky provincial?

BARON: – Oslo has definitely changed a lot in the last 10-15 years. I don’t know why and how, but a lot of the creative madness and new subcultures that we experienced in the 90-ties, is unfortunately gone. And I’m sure that it’s not just a myth, or me thinking that things were better before. Times have changed, and I believe that our society has become more conform and conservative. It’s the same, in both the fashion, art, and music scene. I’m not saying that everything has to be new and innovative to be right, and I don’t mean that one should provoke just to” show off,” that’s pathetic, but there is definitely something missing these days. A sort of energy and dedication that’s no longer present. 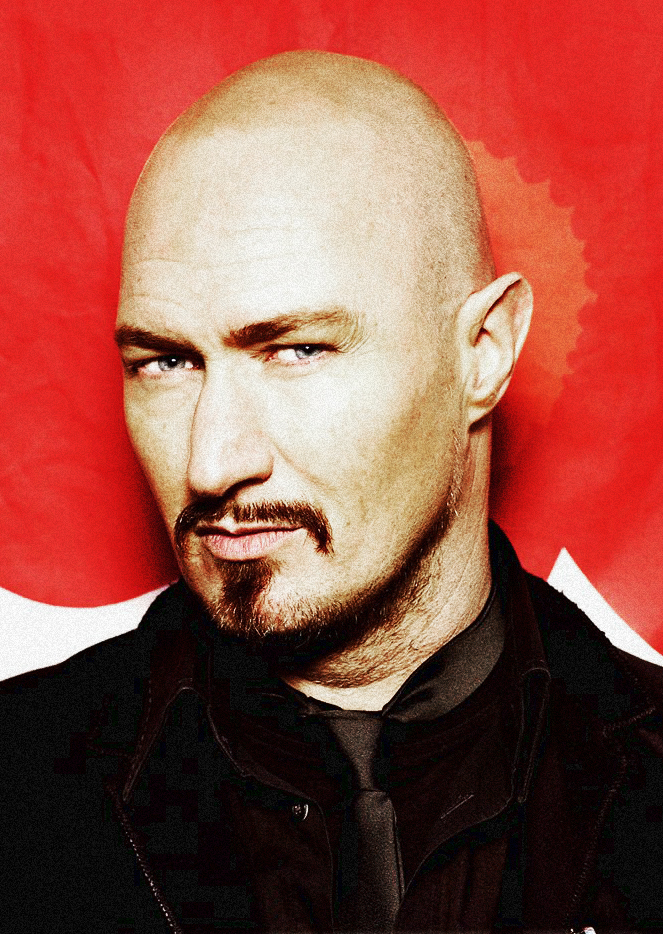 BARON: – Oslo is full of” hipsters” today. I don’t understand and can’t cope with the hipster scene. It’s SO uninteresting, uninspiring and Totally dull. I missed Oslo in the late 90-ties when the club scene was booming, and the subcultures were at its peak.

BARON: – Right now, I’m working on 2 collections for 2017. It’s secret, for sure, but I can blitz a little clue on what I’m working on: one collection is accessories for men. It’s very basic, with only 10 items in the whole collection. It’s almost classic at first sight, but the cut, tailoring, and materials are very original. I’m cocky enough to claim that it’s the” ULTIMATE ACCESSORY COLLECTION” for a man. With this in your wardrobe, you won’t need anything else. The other collection is for dogs. It’s complete madness, a crazy selection of” 4 LEGGED TERRORIST” clothes, 100% based on needs and wishes, of the dogs. A line of clothes that I hope both dogs and owners will love. That’s all I can reveal right now. The rest is magic.

BARON: -And I’m also designing the costumes for a fascinating project; It’s a Norwegian-Swedish co-production, a theatre play about the life of the great composer Händel… but mostly about his secrets and perversions!!! The premiere is in Gothenburg in May so we will be working on that all spring. I have another, (secret) project here in Oslo, in September so I will be busy all summer, preparing for that. I’m not a workaholic, but I get very restless doing nothing, so I’m happy when the calendar is full.

“And, then it’s the big question; Will Baron von Bulldog had a comeback in 2017? I guess we just have to wait and see…”